Home » News » Are Coffee Pods Bad for the Environment? 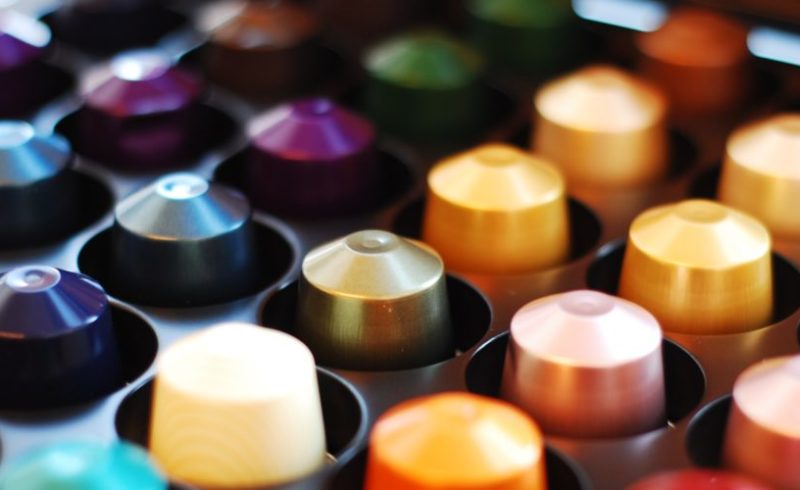 Oh, George, what are you doing to us? It seems recent dad of twins, George Clooney, has an addiction. Yup, I’m talking about his fixation with those oh-so-convenient Nespresso coffee pods. What new dad doesn’t need a bit of caffeine in their lives, right? The latest Nespresso ad sees George go to extreme lengths to get his morning cuppa, but is there something a little nightmarish about the Hollywood fantasy?

Every morning, tens of millions of coffee drinkers around the world pop a little capsule filled with pre-ground java into a cleverly compatible machine. A steaming cup of coffee appears in a matter of seconds. But is there a hidden cost for such convenience?

Coffee is the second most traded commodity after crude oil, and growth in coffee sales shows no sign of letting up. In 2014, pods accounted for 34% of all coffee sales – a massive growth of 133,710% since 2000. It’s so popular that at the last count in 2014, Nespresso had sold 28 billion pods, while North America’s popular Keurig Green Mountain produced a whopping 9.8 billion of them in 2014 alone.

That’s a lot of coffee pods – enough to make a gigantic (and not very green) mountain, or to circle the world almost 26 times if we were so inclined (and that’s just Nespresso coffee pods). But once you’ve had your coffee and are getting on with your day, what happens to all those empty pods?

Coffee comes from what is known as the “coffee belt”, largely made up of developing countries near the equator. Coffee is grown, roasted, ground and transported prior to the pod production stage. The materials needed for the pods themselves, such as aluminium, paper and plastics, also need to be made and shipped to the production site.

The pod is manufactured and transported, before being filled with roasted coffee grounds and assembled. The pods are then packed into trays, sleeves or individual serves, with additional packaging for retail use (such as a special cardboard tray for display) and for shipping and distribution (such as cartons and pallets).

The pods are then transported to warehouses, distribution centres, shops and in some cases, direct to customers.

Coffee pods are taken from a packet at home and popped into a compatible machine, where it is pierced and filtered with hot water to create a single serve of joe.

The pod is then disposed of, along with its packaging. Depending on the pod, some components might be recyclable or compostable, or they might just head straight in the bin, ending up in landfill.

Nespresso uses virgin aluminium for its pods, meaning they are created from new raw material which has been extracted from the earth and has undergone a process of refinement and electrolysis. While the company has a system in place to collect and recycle that aluminium, this can involve taking used pods to your local Nespresso store, or mailing them to a recycling partner. Good news may well be on the horizon however with the Royal Borough of Kensington and Chelsea council participating in a six-month pilot project to collect the coffee pods alongside other household recycling.

Keurig’s K-Cups use a special four-layer plastic, a filter and a foil top. They are partly recyclable but there’s a catch. The pod needs to be taken apart, emptied and cleaned in order to dispose of the filter. Only then you can recycle the aluminium and compost the coffee grounds separately.

Many of the newer pod companies exclude mention of recycling, with some even adding more packaging through individual wrapping. One company displayed a recycling symbol on its package but on closer inspection, we found the words “recycle paper” in small print, while the pod was made of plastic and foil. Sneaky.

Some major coffee companies such as Lavazza have introduced biodegradable pods. However, the length of time and industrial composting compatibility vary hugely, so reading the detail is important.

The simple answer is that due to the intensive manufacturing process and the waste left after use, most coffee pods are not environmentally-friendly. The longer answer is that it the extent of impact depends on the brand and your individual coffee habits.

If you’re using a drip-coffee machine that’s switched on all day with hot coffee ready to go, some of which goes down the drain, then it’s almost certainly better to use a single-serve pod system to reduce wastage and electricity consumption.

On the other hand, if you’re buying bags of Fairtrade roasted coffee and using a cafetiere to make coffee for a group with zero wastage, it’s likely to be more sustainable than using pods.

If, like George, you’re committed to your daily pod, there are some ways to reduce your footprint:

The Ethical Coffee Company makes Nespresso-compatible pods primarily from plant-based fibres. They will biodegrade within six months depending on the industrial composting system.

Keurig-compatible Purpods in North America have been certified 100% compostable, and can break down in as few as five weeks. G-Pak is similarly 100% compostable. Cru Kafe is another brand making compostable pods filled with organic coffee, which are compatible with Nespresso machines.

Fill Your Own Reusable Pods

Reusable coffee pods such as these for Keurig machines, or prodidee for Nespresso machines help reduce waste by reusing the pod. There’s also loads of online resources that can show you how to reuse your old pods.

Recycle What You Can

If you drink Nespresso and live in the Borough of Kensington and Chelsea you’re all sorted. For the rest of us, Recycle a Cup can cut and separate K-Cups for easier composting and aluminium recycling, but the plastic isn’t always recyclable – it depends on your local recycling service. Or there’s Terracycle who operate in a number of countries and will take pods for recycling.

If you’re a multiple-cups a day kind of person, simply drinking one less coffee a day will not only reduce your environmental footprint, it will also save you money, and probably help you sleep better! This is also important if you’re pregnant or breastfeeding.

Drink Tea Instead of Coffee

Just don’t use the tea pods that have now arrived! The humble teabag is not only fully compostable. Most tea packaging is paper or card rather than plastic, meaning this can be easily recycled too.

Are you feeling coffee pod guilt? We’d love to hear what alternatives you’ve come across on our Facebook page.