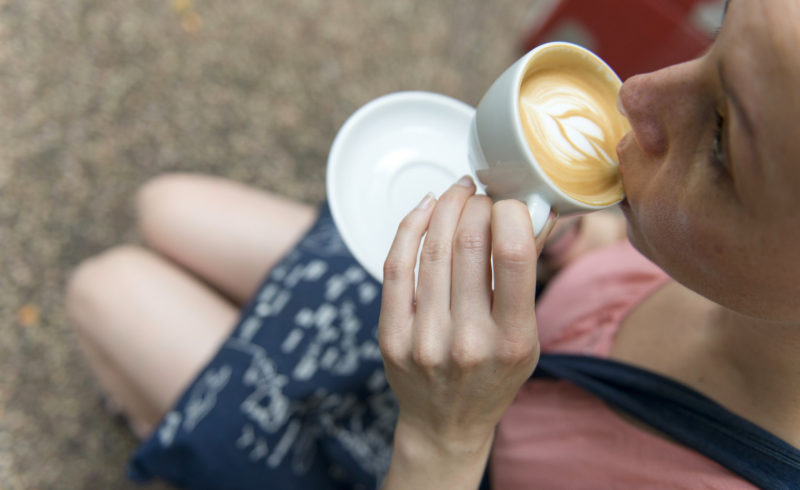 There’s a statistic floating around that if you collected all the single-use coffee pods sold by market leader Keurig in a year and lined them up end-to-end, you’d have enough to circle the globe 12 times over.

And the worst part?

Those little cups are made from a mixture of plastic and aluminium, which means most recycling plants in the world don’t have the facilities to recycle them properly.

They’re an incredibly damaging trend that we’ll be cleaning up for decades to
come, and that’s why the German city of Hamburg just became the first in the world to ban single-use coffee pods from all government-run buildings.

“These portion packs cause unnecessary resource consumption and waste generation, and often contain polluting aluminium,” Jan Dube from the Hamburg Department of the Environment and Energy told the press over the
weekend.

“The capsules can’t be recycled easily because they are often made of a mixture of plastic and aluminium. It’s 6 grams of coffee in 3 grams of packaging. We in Hamburg thought that these shouldn’t be bought with taxpayers’ money.”

The move, which is part of a larger drive towards making the city more sustainable and environmentally friendly, comes in response to the recent explosion of these devices over the past few years.

In 2014, major pod manufacturers Keurig sold around 9.8 billion portion packs, and only 5 percent of those were recyclable (but probably weren’t).

And while the company has pledged to create a fully recyclable version of the single-use K-cup by 2020, four more years of waste certainly isn’t great, nor is the fact that experts are questioning if that’s even possible.

“No matter what they say about recycling, those things will never be recyclable,” John Sylvan, founder of Keurig and inventor of the K-cup, told James Hamblin atThe Atlantic. “I feel bad sometimes that I ever did it.”

Now roughly 13 percent of people in Germany are drinking coffee made from a single-cup brewer every single day, and in the US, the percent of households with a pod-machine has jumped from 15 to 25 percent between 2014 and 2015. And what’s really worrying is we’re using them even though we know how bad they are.

According to a recent poll, 1 in 10 Brits said that they believe “coffee pods are very bad for the environment”, but at the same time, 22 percent of them said they owned a pod-machine.

“Pods are emblematic of a wider problem in our society, where we often say one thing and generally do another,” Australian researchers John Rice and Nigel Martin write for The Conversation. “In this case, where many of us
like to speak about being ‘green’ or living sustainably, even while sipping from a cup of coffee produced by an industry that is about as sustainable as an ageing Soviet nuclear power plant.”

While state governments making laws to ‘save cities from themselves’ can be a terrible idea, in Hamburg’s case, the decision seems really wise.

The law only applies to staff in government-owned buildings – coffee pods are still legal anywhere else – but imagine the dent in landfill usage if more governments around the world took similar actions.

And let’s face it, pod coffee isn’t all that good anyway.